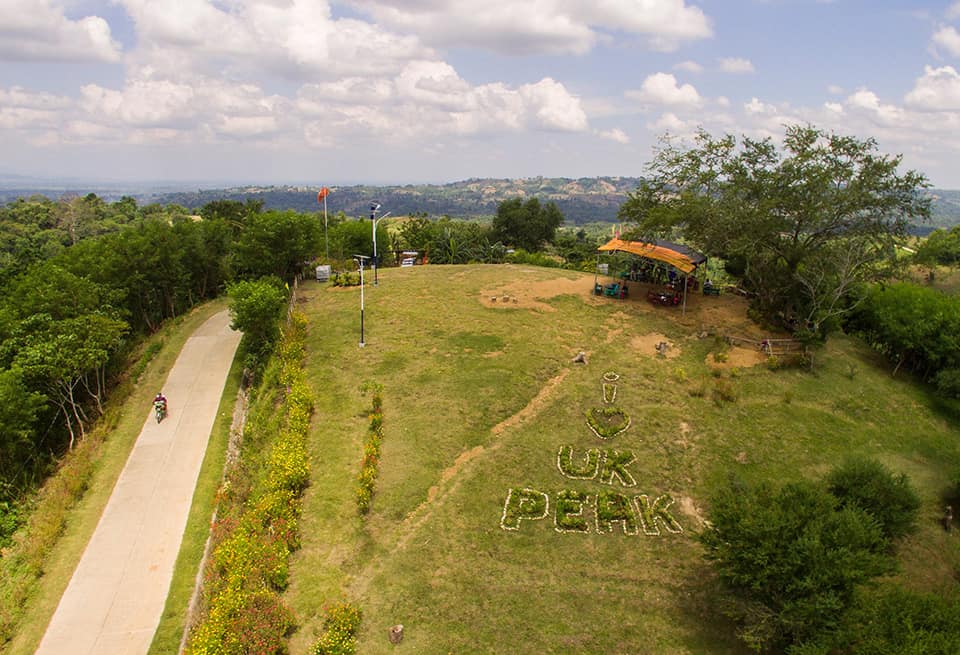 ALEOSAN, North Cotabato (MindaNews/21 March) — What comes to your mind when you would hear the name of this sleepy town?

For sure, you would always think of war. You would also think of the dreaded vigilante group Ilaga fighting the Moro Islamic Liberation Front and Ameril Umra Kato of the Bangsamoro Islamic Freedom Fighters.

But unknown to many perhaps, there’s a in this town where you can see almost the entire plains of the province including the sprawling Liguasan Marsh.

Recently, work led me to this town. But as a photographer, I could not resist going to other villages even beyond the areas I’m supposed to be shooting. I’m always interested in capturing the picturesque landscapes of my province and the daily life of people in the remote areas.

I have been in this town and some barangays several times. But I never knew that there’s a view deck where I can see two of the most significant landmarks of Mindanao: Mt. Apo and Liguasan Marsh.

My friend Christopher Trance, who is also the town’s tourism officer, invited me to explore what he calls the UK Peak, which stands for barangays Upper Mingading and Katalicanan.

After a day’s work, we drove through the dusty roads in the middle of the rolling terrain of San Mateo until we reached Katalicanan proper.

While on our way to the UK Peak, I was already imagining a beautiful sunset on a clear day, a sight I have often seen in Pigcawayan town where I grew up.

After about a 10-minute drive, we started to ascend through the partly-paved road going to the UK Peak. Upon reaching the clearing, I could see the rolling landscape to the west.

“This is it,” said Trance, adding the road network that cuts through the side of the hill is already part of the mountain range where UK Peak sits.

It was about 5pm when we reached the top of UK Peak, where a dilapidated hut stands underneath a giant Kamatchilli tree. The view of the hut and the tree reminded me of a classic rural scene that I used to paint when I was a kid.

From the road, we had a short climb for about 100 meters from the road. The mountain range stands just at least 600 feet above sea level.

“The peak is not that tall but it is strategic when you want to have a 360-degree view of the plains in the province,” Trance boasted.

A military communication facility stands beside the UK Peak, proof that the place is really strategic.

True enough, as I stood on the peak, I had a panoramic view of the plains of Kabacan, Midsayap, Pigcawayan and Pikit, the Akir-akir mountain range that divides some parts of Alamada and Libungan, and a view of the mountain range on the periphery of Banisilan and Carmen.

As I stood on the peak, I realized that it’s also a perfect view deck for those who want to have a glimpse of portions of the proposed Bangsamoro territory.

On the southwest, the beaming Liguasan Marsh cuts across the plains of Maguindanao and North Cotabato.

As the sun goes down, Polloc Bay slowly gleams as the skies turned reddish by around 6:30pm. Darkness slowly swallows the view of plains and rolling terrains.

Not contented with the sunset view, I spent a night with some friends in one of the huts near the peak. At night, the neighboring town of Midsayap glows from a distance.

Our host prepared linagpang, a traditional dish common in the rural areas. A native chicken was grilled, chopped and cook again with spices in boiling water. A perfect dish to beat the chilling and windy night at the hut.

The next day, we returned to the peak as early as 5am to capture the sunrise. It wasn’t that picturesque that day because it was a bit cloudy and it drizzled the night before.

But from a distance, Mt. Apo appeared like a cow’s hump. Then after 30 minutes, clouds slowly swallowed the country’s tallest peak.

Trance said the site is being eyed by the local government as a future agri-tourism site.

Every weekend, he added, the road network leading to the UK Peak is the favorite trail among mountain bikers.

Thus on April 4, the UK Peak would be part of the 24.5-kilometer trail of a mountain bike challenge. A kite flying and making competition will be held at the peak in the afternoon of the same day, my friend said.

The events are among the highlights of the Kasadyahan Festival and the town’s 32nd foundation anniversary on April 3 to 5.

Trance said local villagers in the area are also willing to cook for tourists some native cuisines such as tinolang native chicken with kadyos, linagpang and other Ilonggo dishes. (Keith Bacongco/MindaNews)